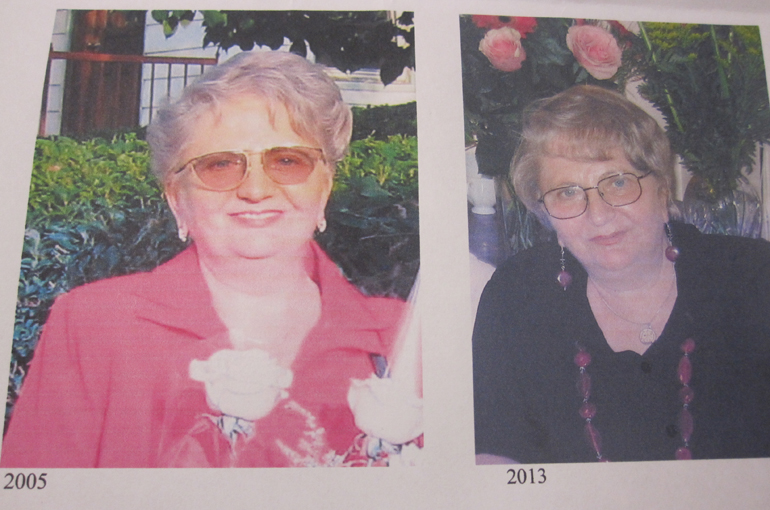 Isabella was born on July 14, 1937 and she was only 4 years old when the Leningrad siege occurred.  Isabella’s father was an artist and director of the Leningrad Art House. He was 56 during the war and was exempt from the army due to poor vision. Isabella’s mother was 17 years younger and spent much of her time with the family. The family could not evacuate Leningrad due to certain circumstances and suffered greatly.

The Leningrad Siege lasted for about 900 days. This was the most brutal period in the city its residents experienced during the winter of 1941-1942. The Nazi troops completely cut off Leningrad from the mainland and the city stopped receiving delivery of food and other essential needs. The city government was forced to enforce food rationing. Thus, people were able to obtain food by using food stamp cards only. The individual food rationing diminished day by day. On November 20, 1941, the bread rationing dropped to 125 grams per day per person. No other foods were available but bread. The family made food using items such as leather belts and clay. They lived on the fourth floor and Isabella and all of her family members developed dystrophy; as a result she stopped being able to use the stairs, and her father had to carry her. The winter of 1941 was full of cold, hunger, and misery. There was nothing but daily night, the windows were boarded up, and they rarely went outside. The family never ate the bread right away and tried to conserve it by eating it as slow as possible. The only available food that brought some joy was the pulp and fiber from seeds. Eventually Isabella’s father was too weak to get out of bed and said to his wife, “Lie down, we’re dying”. However, Isabella’s mother continued her fight for life.

There was no electricity, heating or water in the city. The sewage system in the city was destroyed. The city residents were only able to obtain water from the rivers. When the rivers froze, people drilled holes into the ice in order to obtain water. Isabella’s mother eventually grew too weak to bring water from the river. Therefore, they drank dirty water from the melted snow, full of garbage. They exchanged their possessions to obtain food. Isabella’s father was placed in a temporary hospital set up in a basement of a theater. He drew the surroundings of the basement in his album. Isabella eventually donated the album to a museum, however it vanished.

In 1942, Isabella was evacuated from Leningrad with her mother without her father across the freezing Ladoga Lake using the ice road that was called the Road of Life. The Nazis often bombed the roads so they drove with open car doors in order to escape. In the city of Ufa they searched for her mother’s brother. Later, they met her mother’s brother and a stranger offered them a place to stay. In addition, the stranger helped them find her uncle. She is very thankful for her kindness. Isabella’s father came half a year later and was admitted to a hospital for dystrophy. A month later, he was able to go to work.

The war continued until the Soviet Army broke the Leningrad Siege on January 18, 1944. The family deeply missed their home city Leningrad. In 1944, they moved to Moscow when Isabella was 7 years old. In August, 1944 they moved back to Leningrad where they found their apartment in ruins. On September 1, 1944, Isabella went to school and despite their lives becoming relatively normal, they continued to struggle greatly. After Isabella’s father died, she was left alone her with extremely sick mother; thus, due to her mother’s serious health problems and chronic illness, they continuously struggled for food and money. Isabella chose to attend a technical school rather than a university due to a higher student stipend. Later on, Isabella graduated from a university, got married, had a son, and now has three grandsons and one great-grandson.