After Two Tragedies a Mother Holds On 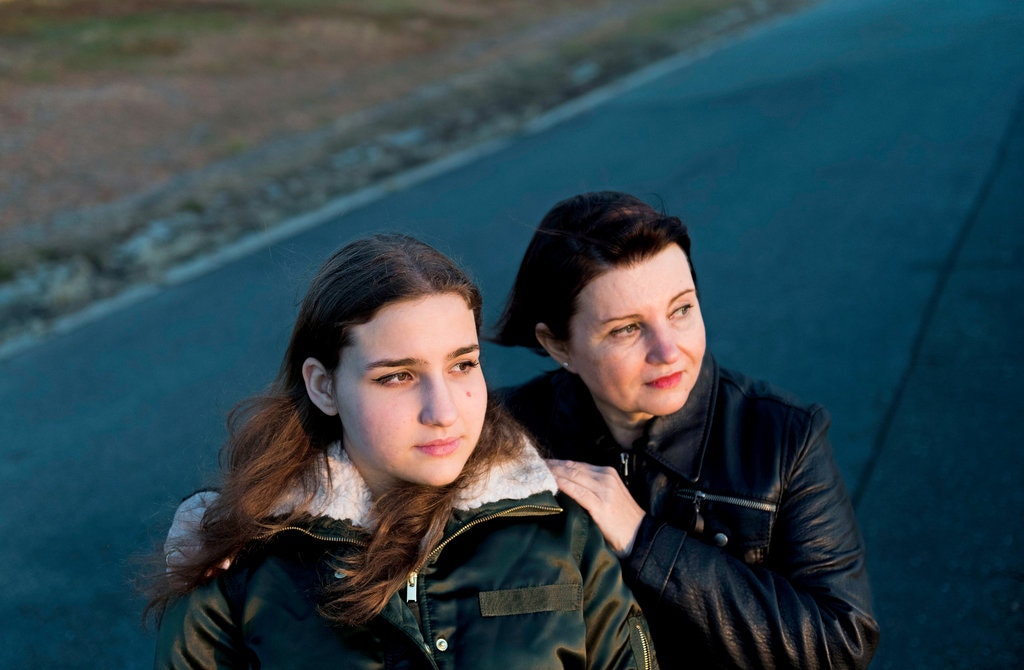 Elena Ponomarev, right, lost her son in an accidental fall and her husband to an aneurysm. She said her daughter, Anna, gave her the strength to persevere. “Because of Anna,” she said, “I’m alive.”  Credit: Michael Noble Jr. for The New York Times.

Every year the New York Times publishes stories of some of the neediest New Yorkers and the work of local charities that combat poverty in New York City. Thanks to the good work of our partners at the UJA Federation of New York, Marks JCH has been able to provide critical resources and funds to clients facing immense hardship and obstacles.

Elena Ponomarev immigrated to the United States in 1995 from Ukraine with her husband Sergey and their young son Nikolai. Working towards their American dream the couple excelled and worked hard to build a successful life in New York City – Sergey in construction and Elena as an expediter. In 2002 the unimaginable happened when a trip back to Ukraine resulted in a terrible accident and the death of Elena’s than 20 year old son Nikolai. Suffering from survivor’s guilt and a host of accompanied medical challenges Sergey and Elena slipped into depression – unable to work and provide for their family and youngest daughter Anna. In 2018, Sergey passed away leaving Elena and Anna in debt and on the verge of eviction. Referred to the Marks JCH, Elena found help and support from our professional social services team.

As many others in the émigré community, Elena lived on a financial ledge – only one emergency away from not being able to make ends meet. Though she worked hard over the years, the deaths of her son and husband took a toll on her physical and mental health, while receiving disability insurance payments they were not enough to provide for herself and Anna. The  Marks JCH stepped in immediately providing winter clothes for Anna and critical funds for rent to stave off eviction and stabilize the family. The caring, compassionate and knowledgeable staff of the JCH became Elena’s biggest supporters and advocates – helping with a full assessment of eligibility for government benefits, assisting with recertification process, and exploring housing options that would fit her monthly income. Most importantly, Elena now has someone at the JCH to listen to her, giving her comfort and the knowledge that she is no longer alone in crisis.

Elena’s story, while unique and tragic, is representative of the hundreds of families and in particular single parent households served by the Marks JCH; many of them have nowhere else to turn. Through UJA Federation’s support the Single Parent Center of the Marks JCH includes a plethora of supportive services for poor and near poor single parent families in our community – inclusive of intensive case management, applying and recertifying for government benefits and entitlements, assistance with housing, emergency cash assistance when in crisis, scholarships for after school and camp, supportive counselling groups, and others. These families are one crisis away from eviction.  We cannot leave them behind as we are their primary and essential safety net.