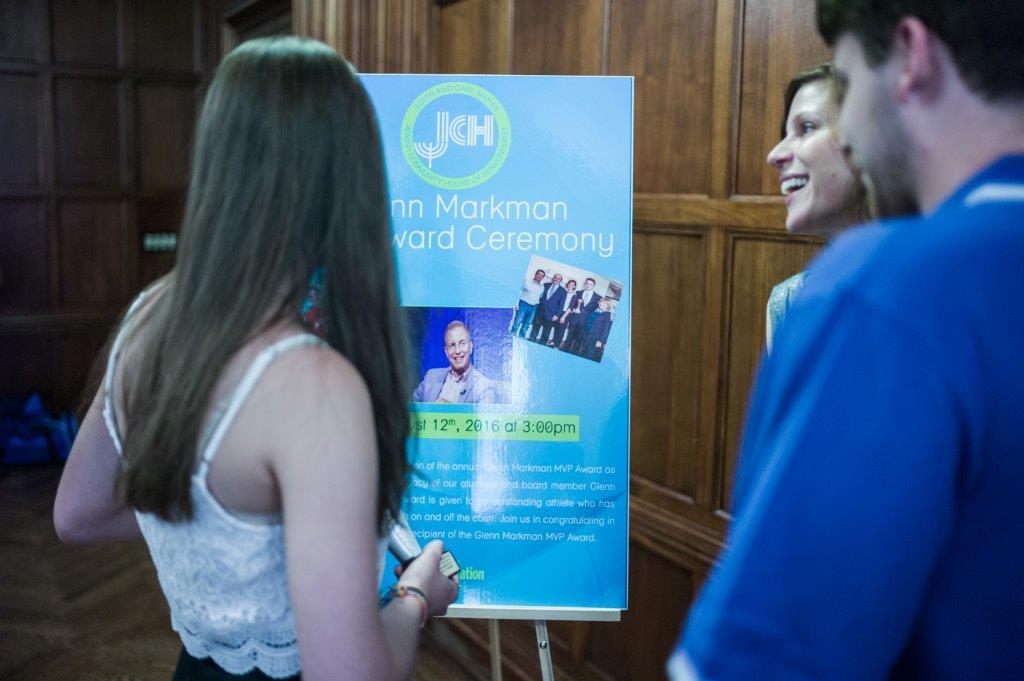 Once again, the Marks JCH Maccabi team brought home the gold in girls’ volleyball at the JCC Maccabi Games. The Games, like a Jewish teen Olympics, bring together hundreds of Jewish athletes from around the world each summer to compete in sports and build Jewish community. The J delegation won 4 medals for sportsmanship, including one awarded to coach Joseph, the J’s delegation head, for his exemplary leadership and demonstration of good will in the final girls’ volleyball match. Coached by Monica Rozak, the girls’ volleyball team is an incredible group to watch, as they excel on and off the court. And in his 18th year of coaching the J’s table tennis representatives to the JCC Maccabi games, Yakov Bilik was proud to see each of his players medal once again. In addition to competing against and playing with teams from all over the United States and Canada, our team had an extra special introduction to Jewish life outside of New York; their flight home was delayed because of bad weather, causing the team to be stuck in Columbus, Ohio over Shabbat. Local Jewish families welcomed them in for the weekend, sharing their family Shabbat celebrations with our teens and coaches, helping to strengthen the bonds of Jewish peoplehood and the lasting impact of the teens’ participation in the J’s sports programs.