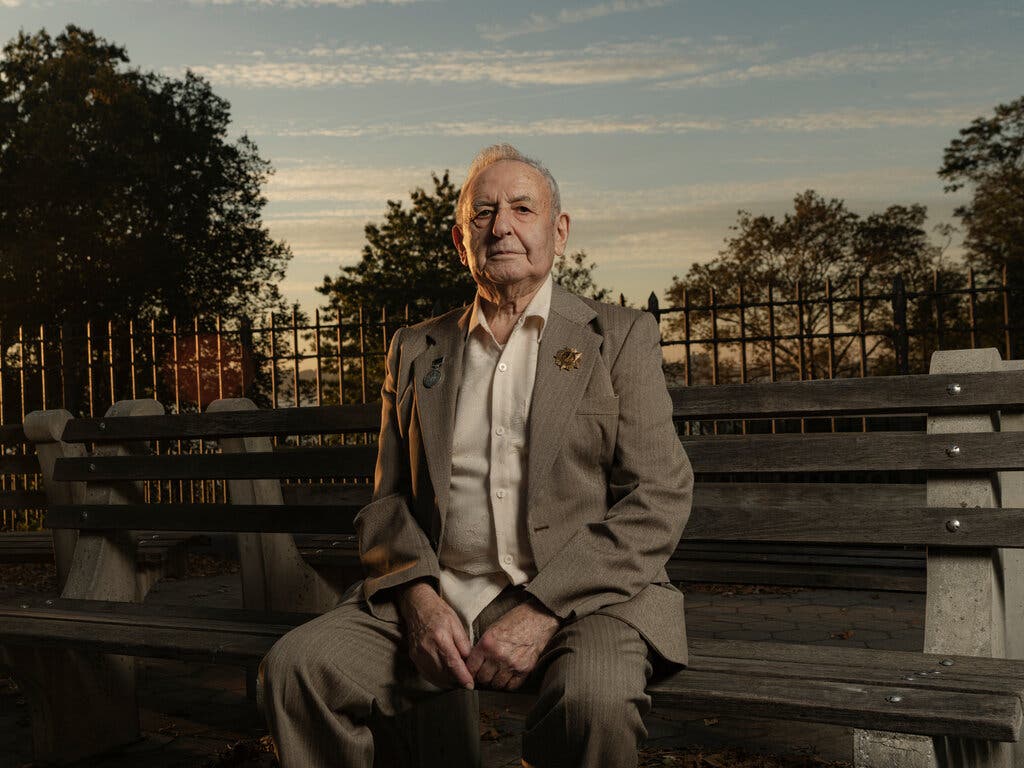 Saveliy Kaplinsky came to the United States after spending most of his life in Minsk. Credit…Sasha Maslov for The New York Times

Saveliy Kaplinsky a prominent volunteer leader at the Marks JCH and  president of the Holocaust Survivors Association for over 20 years. Saveliy immigrated to the United States in 1993 and soon found his passion advocating for Holocaust education and remembrance. Mr. Kaplinsky was born in 1929 in Minsk, Belarus. During WWII, while his two older brothers served in the Russian army, Saveliy along with his younger brother, newborn sister, parents and grandfather attempted to escape the pending war, unsuccessfully. On the 28th of June, 6 days after the war started, the Nazis occupied Minsk and all Jews were forced into the Minsk ghetto, where Mr. Kaplinsky stayed between 1941 and 1943. Saveliy lost his father, mother, sister and grandfather who were all were murdered in ongoing pogroms during this time. Saveliy, was left caring for his younger brother while securing a job in a sector controlled by Nazis; bringing firewood to solider barracks. In an act of resistance, Saveliy started stealing grenades and bullets to secretly transfer them to local partisan groups – endangering his own life if discovered. In 1943, Saveliy managed to escape the ghetto, by cutting the surrounding metal fence, and joining the Minsk resistance as a night guard at the age of 14. With the end of the war, Saveliy came back to Minsk to rebuild his life and community. He continued his education and after years of attending school at night he obtained his degree in engineering and went on to lead a highly successful career for many decades.

Today, Saveliy is the president of the Association of Former Prisoners of Ghettos and Concentration Camps and is a devoted member of numerous other such advocacy groups including a member of the Marks JCH Claims Conference Cash Assistance Advisory Board Committee, helping hundreds of low income survivors with basic needs. Saveliy is a force of nature – just this year he has experienced several life threatening surgeries and setbacks and yet he continues to plan commemoration events and lead JCH (virtual) celebrations. Over the years, JCH professionals have been a lifeline to Saveliy and last winter when aide was needed most Marks JCH stepped in providing emergency cash assistance for health care needs (dental and hearing) that Saveliy’s limited income would not allow for.  These funds and critical services were provided through the generosity of the NYT Neediest Campaign Fund, through support from the UJA Federation of NY, and The Conference on Jewish Material Claims Against Germany – longtime partners and supporters of the Marks JCH.

For the Marks JCH, caring for the over 750 Holocaust survivors in our community is our highest calling. We provide comprehensive case and crisis management for survivors including assistance with public benefit certifications, supportive counseling through a trauma informed lens, end of life care planning, memory support, virtual socialization  offering a plethora or cultural offerings and connections and most significantly a warm and embracing Jewish community. With the needs of survivors only deepening throughout the last 18 months of this global crisis, we are focused on serving hundreds of homebound Holocaust survivors at a time when they are the most vulnerable.